Dame Kate Barker is one of Britain’s foremost economists. Kate was an external member of the Bank of England’s Monetary Policy Committee for three terms between 2001-2010. In 2003, Kate was commissioned by the government to conduct a major independent policy review of the UK Housing Supply, leading to a final report in 2004. 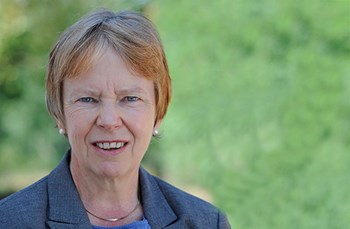 She was subsequently asked to conduct a similar review of Land Use Planning and her final report was published in 2006. Kate was Chief Economic Adviser at the CBI between 1994-2001.

In 2017 Kate was appointed as a Commissioner of the National Infrastructure Commission. She is the Chairman of Trustees for the British Coal Staff Superannuation Fund, Chairman of the Jersey Fiscal Policy Panel, and a non-executive director of Taylor Wimpey plc and Man Group plc.

In 2014 Kate was made a Dame for services to the economy.